Starting October 1, Dubai’s hotels will be getting back the business traveler. Or those visiting the city to be part of conferences or exhibitions and want to book a hotel room for the period. Hotels in the city are reporting an increase in enquiries, though it may still take time for these to translate into bookings and stays. The sense of caution over COVID-19 is still very much there – but Dubai’s tourism authorities and its hotels are learning to cope with it. Dubai has given the green light to host meetings, incentives, conferences and exhibitions (MICE), and expects the last three months of the year to provide some lift to the ailing hotel industry. Last year, 2.3 million visitors landed in the city for business purposes, and a significant number from this took part in events.

Now, if Dubai can get back a portion of that in the next three months, it will help businesses salvage something from 2020. It would also help hotels shift their attention slightly from the extra focus they had been giving to generating local demand via staycation offers. Some of the high-profile events have shifted to 2021, but if enough visitors turn up for those that will open in the next few weeks, that would still be a win-win for hotels. This year, hotels are aiming for incremental gains.

Touching 60% would be a win

“It is still early to predict month-on-month occupancies, but we do expect many of the UAE hospitality submarkets to tip over the 60 per cent occupancy,” said Philip Wooller, Area Director at STR, a consultancy focused on the hotel industry. “The UAE [hospitality sector] is fast approaching the traditional season whereupon tourists arrive for the winter sun. “But it will still be some way off from 2019 numbers.”

But confidence is brewing
The lead times between making a booking and the guests turning up are reducing sharply, according to Alexander Lee, Chief Commercial Officer of Jumeirah Group. This is an “important shift in booking behavior from key international source markets,” he added. What this could mean is that the leisure or business traveler are once again making those travel and hotel stay plans in the city. But instead of making those plans well ahead of a future visit, those decisions are being taken almost overnight. The re-launch of exhibitions and conferences from October should see more of that happen.

But 2021 is when a full-scale improvement is most likely to show up. “Upcoming events such as the Arabian Hospitality Investment Conference, Arabian Travel Market, Expo 2020 signify a positive step towards the recovery of the city’s MICE and hospitality industry,” said Lee. The Jumeirah Group recently opened in Dubai Marina, with the Marina Gate’s serviced apartments catering to “anticipated demand for long stays and business travels in the near future.”

The opening of Dubai in July to international visitors had a positive impact on our bookings, especially from Europe and Russia. We are optimistic we will continue to welcome more overseas guests as well as the domestic staycation market

A new source market in the making the signing of the Accord with Israel opens up opportunities across sectors, and UAE’s hospitality space will be no exception. Launch of direct flights, and if it happens the earlier the better, should see hotels pick up some traffic and guests by December or January. Much depends on what rates will be in place during the period, even though many in the industry reckon that room tariffs are unlikely to see major gains even with higher demand. The feeling is that there will still be plenty of rooms to take care of it.

Build on the staycations
There is no doubt that UAE hotels’ refocusing on getting residents to spend part of their enforced local breaks at their properties went off much better than many in the industry had hoped for. The staycation promotions clicked and in a fairly big way. Even with all the extra precautions that had to be taken, these guests meant a few percentage point improvements in occupancy rates. And after a bleak four months, the July and August tally did come as much needed relief. 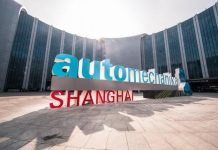 Singapore Reopens Borders from April 1 to All Fully Vaccinated Travellers

Mexico to be featured as HANNOVER MESSE Partner Country in 2018